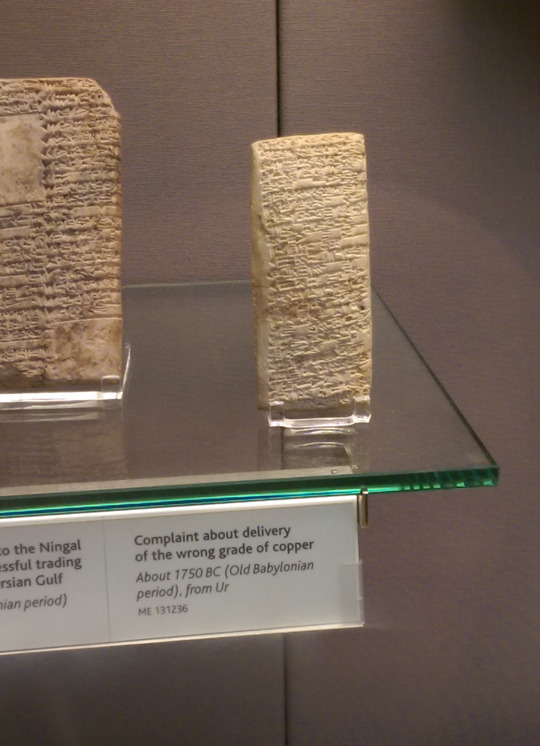 Imagine how pissed you have to be to engrave a rock

Ok but there was this guy called Ea-nasir who was a total crook and would actually cheat people ought of good copper and sell them shit instead.
The amount of correspondences complaining to and about this guy are HILARIOUS.

Are you telling me we know about a specific guy who lived 5000 years ago, by name, because he was a huge asshole

More like 4000 years ago but yes. Ea-nasir and his dodgy business deals.

And we haven’t even touched on the true hilarity of the situation yet. Consider two additional facts:

Like, these are clay tablets. They’re bulky, fragile, and difficult to store. They typically weren’t kept long-term unless they contained financial records or other vital information (which is why we have huge reams of financial data about ancient Babylon in spite of how little we know about the actual culture: most of the surviving tablets are commercial inventories, bills of sale, etc.).

But this guy, this Ea-nasir, he kept all of his angry letters - hundreds of them - and meticulously filed and preserved them in a dedicated room in his house. What kind of guy does that?

The Donald Trump of Babylon.

kinkstertime: amazingdinofacts: Yup. I feel this on an emotional level original post